What Casting Directors Really Look For With John Strawbridge

John Strawbridge is a director, author and writer with over 20 years experience in feature films, network TV and theatre. He’s the Creative Director of Campanile Media and the Artistic Director of Actors Company Theatre, both based in Baltimore, and the author of The Audition Book: What Casting Directors Are Really Looking For, now in its 2nd edition. John Strawbridge has taught acting classes for organizations including The SAG Conservatory, Women in Film and Video, Stevenson University, Film in the City (NY) and many more. He’s received two best director nominations and his casting work has been nominated three times for Emmy’s and other industry awards.

On this episode of Model Talk Radio, John explained what casting directors are really look for when hiring talent. 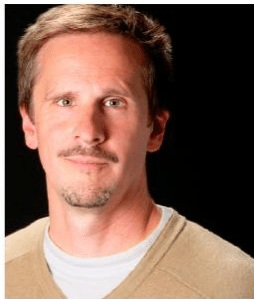 How did John get into acting, directing and casting?

John came from a mathematics and science background, which is quite unusual for the industry. He stayed on the left brain track in college, but took a few classes in film history and basic film studies. He soon became fascinated by the world of film and video and realized that if he wanted to stand out as an individual, he’d have to leave the science world.

He started in casting because there was a notice on the college bulletin board for a Tom Selleck film shooting in the area. He started as an unpaid intern in Baltimore, a smaller industry that was just learning how to play the game like New York and Los Angeles. He pulled talent headshots, set up auditions, read scripts, broke them down and soon did another film, then another. Although he took a roundabout route, having a background outside of arts was the best thing he’s ever done for himself because it not only came into play in terms of directing, but also in reading scripts and dealing with characters.

How can people living in secondary markets increase their chances of working?

First, love the job and the process of it. Second, do community theatre, church theatre, community college theatre—anything that will help you practice your craft and better prepare you for auditions. Third, don’t wait and rely on casting directors. Go to your state or city film office and find out who the producers are and send your acting headshot and resume directly to those people. Devote one day a week, one hour a day or whatever it takes to further your career. Be a business person about it!

What takes place once you’re hired to cast a project?

It’s different for casting directors working for New York or LA than it is in the rest of country. In smaller markets such as Baltimore, they don’t deal with stars or 60-page contracts with legal affairs. First, the producer sends the casting director the script, which is then broken down page by page, character by character. The casting director notes every scene that every character is in and makes hard descriptions of each character, such as age, gender, type, physical description and things that are implied, like how the character behaves and what their personality is.

If the casting director is working in a major market like New York or LA, he would publish the breakdown to agents and mangers, who would then send clients that fit the bill. But in smaller markets, casting directors go through their own resources to find actors.

What’s the difference between casting and auditioning?

Auditioning is what you do for a little bit of the time, with actors in a room. Casting involves script breakdown, working with acting unions, breaking down budgets and working out schedules and conflicts with assistant directors and costumers—basically everything that goes with putting together a cast outside of the audition process.

What do casting directors have to do with budgets?

Casting directors have a specific amount of money to make things happen. They have a good idea of how much each actor is being paid (or can be paid) for each role, and know certain big-name actors cost more than others. There have been times when casting directors can’t afford them, so they cut characters out of the film entirely to make room in the budget. Casting directors don’t exclusively make these kinds of decisions, but they do participate in the discussion with directors and producers.

They also go in and negotiate with actors and agents and come to an agreement on what they can reasonably afford. It’s fairly rare, but sometimes local actors have a New York agent who is a hard negotiator because they’re representing a star cast and want to preserve their reputation. The agent might say their local actor can’t have the job because the salary is too low, but this is often a case of the agent protecting their ability to negotiate rather than doing what the actor wants. As an actor, you should always ask your agent to give you the opportunity to say yes or no to a role instead of having the decision made for you based on finances.

What takes place during the selection process?

Casting directors hire a cast, not individual actors. They look for people who all seem to belong in the same movie and that have the same kind of feel. They wouldn’t pull in the same actors for a comedy as they would for a period drama, for example, even though both sets of actors might be talented.

Beyond that, it’s a question of breakdown. It’s about a specific idea of a character—about making a statement to an audience in order for them to get what the character means to the story. As the casting director pulls in headshots, he chooses ones that speak to a particular idea, like the bubbly best friend of the conniving lawyer.

What should actors do if they’re not getting called in to read?

Look at the kinds of people the casting director is calling in. Does he like a theatre background? Commercial experience? A certain look? Actors have in mind that they want to be considered for very type of role, but if headshots don’t speak to a particular role, it won’t be pulled out of the stack.

Being pigeonholed into a certain look and type is how the business works. For casting directors, the actors that work are a specific solution to a specific problem. Like a product, actors need to have a brand identity, a market and a purpose.

What kinds of things are discussed after an audition is done?

A variety of things! Writers, directors and producers can have vastly different opinions on how a reading went. Some directors might think there are too many blondes on set, so they cast a brunette. Or, they might think an actor did too good of a job, making them too obvious for the character. Rejection can be hard on an actor’s ego, but it’s important to remember that a lot of factors go into casting, including many that have nothing to do with talent.

Who makes the Final decision as to who’s getting cast?

It varies depending on whether it’s a commercial, film or television project, but it’s rarely the casting director. They can express their opinions, but in a feature film or Hollywood movie it’s almost always the director’s call, although the producer might override for budget issues. In TV, the directors only come in for 1 or 2 episodes and rotate throughout the season. Because the producers are there ever week, they usually have final say. And in commercials and industrial productions, any number of people might get into this decision, such as directors, product representatives or ad agency representatives. In this case, they might end up with “lowest common denominator casting,” which is where they hire the person no one disliked.

Can non-union actors get cast on a union project?

Yes! It’s hard to get into a union, but nobody’s born with a SAG card. You can quality for SAG by getting cast in a feature film or TV show, but that will only happen if you have the qualities for a feature film or TV show role that a casting director can’t find in an existing union member. If that’s the case, the casting directors can fill out a Taft-Hartley report explaining why they hired you over a union member. The union can accept or reject it (or even issue a fine), but they can’t deny a person work because they’re non-union. They do make it more favorable to hire a union member, though.

What common mistakes do actors make at auditions?

Most commonly, it’s showing off. Casting directors actually want an actor who can look at what a scene needs and what an audience needs to get out of the scene, and craft a performance that highlights that. Also, don’t look look desperate! Always look confident, even if you aren’t.

In short, if an actor appears unsure, there’s no way the casting director is going to trust you to hold up the totem pole.