For 25 years, Kim Luret has stood out as a premier expert in the modeling industry. Twelve of those years she spent as a renowned high fashion model on the runways of Paris, Milan, Tokyo and New York. Her clients include Christian Dior, Giorgio Armani and Yves Saint Laurent, and she’s been featured in television commercials, magazines and four feature-length movies.

Kim is now a model scout for Crystal Models in Paris and also runs her own company, Inner Modeling, that helps models reach their full potential and greatest success in the fashion industry.

In this episode of Model Talk Radio, Kim explained what models should expect from the Paris market, including what the market looks for, the types of jobs available and average wages. 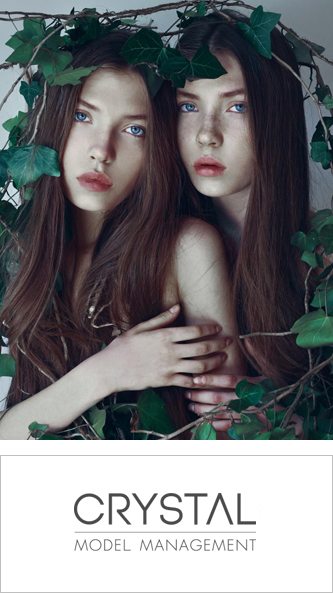 What kinds of markets does Paris offer?

Paris is the New York of Europe. It’s the biggest and most important market on the continent, so it’s not just about runway shows and the cover of Vogue. In addition to the expected high-fashion shows and international cosmetic and beauty campaigns, the market offers plenty of television commercials and local and commercial print work.

Crystal Models specializes in high-end advertising, perfume, skincare and cosmetic and beauty campaigns, but they also do print, editorial and runway. Smaller Paris agencies concentrate on local commercial markets and use mainly local models. The more fashion-focused part of the modeling industry (like Crystal Models) brings in models for specific periods of time.

What speciFics does the Paris market look for?

In general, models working in Paris should be 5’9 to 6’ tall (5’10-5’10 ½ is ideal) and extremely photogenic. Within the high-fashion runway and editorial markets, models have a tendency to be very thin—measurements of 34-23-33, give or take. An A or B cup is preferred, and hips can go up to 35’’. Anything above that is not ideal because it makes things difficult for designers.

In France, the minimum legal age to work any kind of job is 16. Crystal Models has a license for minors, but people under the age of 16 have incredibly strict working hours. Because it’s so complicated, Crystal Models only invites 15-year-olds, and only during the summer.

Who should come to Paris?

Paris isn’t a place to build up experience and a portfolio. If you’re on track to be a top-level fashion model, Paris is the jumping-off point for hitting New York—the final destination. Once models get their style, class and sophistication in Paris, they’re ready to really rake it in in New York.

In rare cases, models go straight to New York or go to Paris first and make a huge splash. But most of the time, it’s about getting experience under your belt. Get a little bit of a start where you are now, then test out easier markets like Asia or Germany. After that, Paris will be good for you if you correspond to one of two markets: high fashion or top-level beauty. It’s a big investment, especially if you’re coming from far away. Not including your plane ticket, you can expect to pay at least $2000 (food, transport, apartment, testing) for your first month there.

What kinds of photos should people send into agencies?

The purpose of sending your photos to an agency is to try and make the agent feel like they’re right there with you. You should look completely natural in your photos, with no overpowering light, hairstyles, jewelry or makeup (the maximum is mascara and lip gloss). Keep your clothes simple, too. A basic dress or t-shirt and skirt is just fine. Also, ask your photographer to kneel down just a bit while taking your photos. You want to look as long as possible!

Start with headshots: face the camera and take combinations of smiling, not smiling, hair back and hair down. Then, do the same with both profiles.

Your full-length photos should include one in simple clothing, facing the camera. Bathing suit shots are also full-length, but you can wear heels if you want. Take one facing the camera with your legs slightly apart and hands on your hips (agencies want to see your silhouette) and the same from behind. Take a profile shot too, but don’t forget to tuck in your tummy and bend one knee.

Do models need a Visa to work in Paris?

It depends where you’re from! Models from Canada, the US and most European countries don’t need one. The agency has to fill out all kinds of extra forms for international models but it doesn’t impact the models in any way.

What kinds of expenses are involved with working for Crystal Models?

Modeling expenses aren’t cookie-cutter like they are in Tokyo—there are many variables and exceptions. Crystal Models usually asks models to get themselves over to Paris and have pocket money on hand. Once they arrive, the agency fronts the money for an apartment (about $1200 a month) and testing ($200-$275), which they will take out of their earnings later. 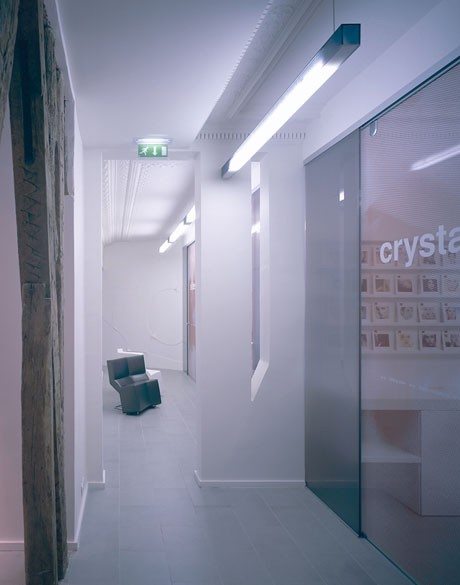 Sometimes models find their own cheap apartments, but no matter where a model is coming from—unless they’ve worked with top photographers in New York—they’ll need to shoot with Paris photographers to get new photos for their portfolio. Paris has the highest standard of photography when it comes to style!

What happens if models don’t work?

Technically, it’s on their account. When models come into the agency, they sign a modeling agreement that they’ll pay back the money they’ve been fronted. Agencies always want their models working and making a profit, though, because that’s how the agency makes money!

When a model lands in Paris, what happens next?

It depends on the situation. If a girl is young (either in age or experience), Crystal Models will arrange for pickup at the airport, but it’s not standard. The agency gives them all the information they need, and most girls are self-reliant enough to get from the airport to the agency.

Are there standard rates for models in Paris?

Models are considered employees of the agency, not independent contractors like everywhere else in the world. They’re paid every month (like a salary) and if the client defaults, the model is still paid.

France is a socialist country, which means there’s a lot of tax. Models only net about 33%, so if the total billing is $1000, for example, models will only pocket $300. Twenty-percent is agency commission and the rest is tax! A model should only consider coming to Paris if they have the potential for runway, editorial or high-end advertising because that’s where the money and prestige is.

Agencies cannot accept bookings under 500 euros a day (about $650), but remember that models only get ⅓ of it. Runway models might pocket as little as $220 (the legal minimum), but most jobs pay more than that. For an average-level designer, runway models might take home about $500-$800.

Do models rehearse for runway shows?

It depends on the designer—the bigger the designer, the bigger the production. You will always have at least one fitting and will have to arrive hours early for hair and makeup, but there’s also a chance of a rehearsal and multiple fittings.

Is there a union for models in Paris?

No, just for model agencies. When models make money, they either have to be very savvy or find someone to handle the money for them. But like every French employee, the country’s high taxes mean money is always put towards unemployment, health insurance and a pension.