Ever wondered what happens behind the scenes at an international modeling agency? Or what it takes to succeed? Jody Gordon, owner of Fusion Model Management in New York City, knows exactly that. Her boutique firm has become one of NYC’s top 10 model management agencies, with her discoveries working for many major clients including Vogue, Dior, Chanel and Yves Saint Laurent.

In this episode of Model Talk Radio, Jody explained her decision to open her own agency, described a typical day of a fashion agent and gave insider tips on what it takes to become a Fusion model. Later on in the show, host Aaron Marcus answered listener’s questions about everything from finding a legitimate agent to working with animals to finding out if your child has talent. 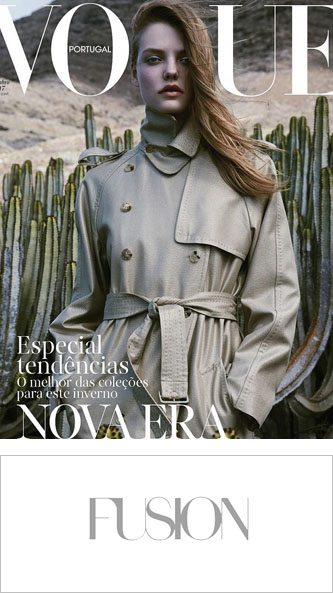 Jody’s decision to open her own agency was never a preconceived notion―it happened by chance and luck.

Seventeen years ago, she was a successful model in Australia. An agent from Ford Models saw her in a catalog, contacted the ad agency she worked for and asked her to come to New York City.

Going from a small town of 600 to New York City was one of the most profound moments of her life. She loved the fast pace of the city and had a blossoming career. But in order to stay in America she really wanted to work for herself, so when an opportunity presented itself, one thing led to another and she found herself the owner of Fusion Model Management.

Fusion wants to stay independent so they’re very selective about who they represent. Sometimes models just aren’t right (it’s nothing personal) or they look too much like someone who’s already represented. Right now, they only represent about 45 guys and 25 girls.

When an agency is this small, it’s easier to develop successful, long-term relationships where models trust their agents as much as agents trust their models. If the models aren’t in NYC all the time, the agency can still do good work for them. Jody even talks to some of her girls every day, no matter what country they’re in.

A Typical Day as a Fashion Agent

Jody’s first moments at work are pretty standard: she arrives at the office, checks emails and sends out packages. The rest of the day is filled with arranging castings for models with clients, ad agencies and photographers, and negotiating prices.

She can’t wear all the hats in the office, so Jody has a collections guy for the billing. Modeling is one of the few jobs where you don’t get paid the same day for your work, which is one of the most frustrating things for models. If the client pays within 30 days, Fusion is happy.

Becoming a Model with Fusion Models

As with any New York modeling agency, when you send photos to Fusion Model Management in New York make sure they’re very natural. That means more than not wearing makeup—Jody says people tend to send in all kinds of inappropriate stuff, like posed shots and even stripper shots.

But before you submit your photos, make sure you shop around for agencies before coming back to Fusion. Agents don’t want their models to wonder about other possibilities, so do your homework before deciding on an agency. 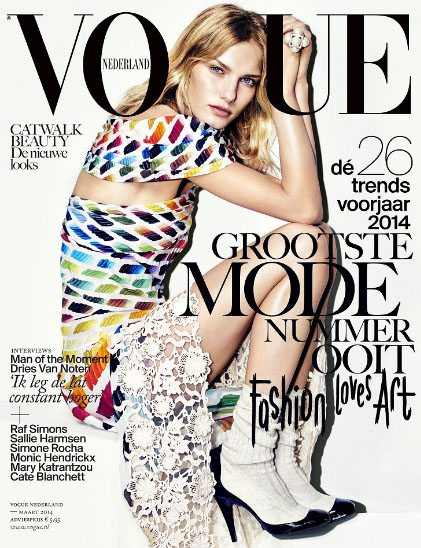 Fusion looks for models who can do runway and high fashion, so they have very specific requirements. For men, they’re looking for models aged 16-20 with well-proportioned bodies, not muscular wrestler types. They should be no shorter than 5’11, with 6’1 or 6’2 preferred. Girls should be quite tiny and be 5’10, 5’11 or maybe 6’.

If you meet the requirements, the ground rules are simple: you have to be reachable and show up when you’re supposed to. Everyone’s being paid to be on set and every hour costs people money, so the models that do well are the models that are reliable.

Fusion tries to keep their models busy, and even moves them to other parts of the world if they have to. But sometimes, models make personal decisions that cause their career to slump.

One of Jody’s models was quite successful had a distinctive, unique look. Much to Jody’s dismay, the model decided she wanted to grow her hair long and perm it, which resulted in a severe career slump. Once she put her hair back to normal, she started working again. The lesson? Don’t make drastic changes when your career is going well.

Is there a way to be a professional extra with an agent?

Some actors love working part-time as an extra in TV shows, but work for companies that charge yearly fees and only provide work that pays minimum wage.

To get away from this, Aaron suggested joining a union, either the Screen Actors Guild (SAG) or the American Federation of Television and Radio Artists (AFTRA). When you’re in a union, you make about $139 for an 8 hour day as an extra, plus all the union benefits like time-and-a-half, double time and golden time.

If you’re not ready to join a union, you can always go directly to a production company. You can find out if a TV show is being filmed in your area by Googling your local film commission, then find out who’s doing the extras casting and let them know you’re interested. By going directly to the company, you’ll make more money.

How do you know if an agent is legitimate?

Here’s the golden rule: agents make money by taking a percentage from bookings, and that should be the only time you pay an agent a fee. If agents ask for fees upfront, be concerned! For modeling, there’s typically a 20% commission fee. It’s the same for acting (give or take) but if you’re a SAG member, agents are only allowed to take 10%.

The exception to this rule is that even legitimate model agencies will charge a model to promote them on their websites, or with model comp cards. It is ok if your agency wants to charge a reasonable fee to post your photos on their website. Since you are self-employed as a model you will be expected to pay some costs that the agency does not cover. The good thing is, that when you start working these fees can all be tax deductible.

Has Aaron ever worked with animals?

Yes! Aaron loves animals and loves working around animals. But, he says, don’t work with animals in test shots if you don’t have to. Animals, like babies, are unpredictable and you might spend a tremendous amount of time getting them to do what you want them to do. Also, don’t lie to your agent about what you’re comfortable with. If you can’t ride a horse, don’t say you’re an accomplished rider because the truth with inevitably come out.

How do you Find out if your child has talent?

First of all, make sure your child actually wants to do it. If he does, find an agent in your area that represents children. Aaron’s website, HowToModel.com has a list of agents, some of which he’s had contact with, or you can ask the Screen Actor’s Guild. Make sure to bring in a photo because the agents will need to see how he photographs.

Did you know we offer a ton of resources on the #ModelScouts site from getting started, to what kind of photos to submit, & more? Check it out: https://bit.ly/3pnyGiK