How to Become a Model (Model Talk Interview)

How to Become a Model

In our very first episode of Model Talk Radio, host Aaron Marcus interviewed Laura LaRue and her mom Holly on how a set of simple snapshots sent to ModelScouts.com helped her become a model and begin her international modeling career.

For Laura LaRue, the decision to pursue modeling happened overnight—literally. At the age of 13, she woke up one morning and decided to Google modeling and how to get into it. She stumbled across ModelScouts.com and started talking to an agent.

Her mom, Holly, was understandably nervous and skeptical. Every mother thinks their daughter is beautiful, but so many girls want to model and she didn’t want Laura to be rejected. But once Holly realized her daughter was pursuing it realistically, she got on board and made sure Laura was dealing with legitimate people.

They soon decided to go ahead and send photos to ModelScouts.com. The agent told her to send in specific photos, including headshots and profile pictures with no makeup, and front and back shots in a bikini, because agents need to see body types. Vanessa Helmer, Laura’s “modeling mother agent” from ModelScouts.com, sees thousands and thousands of photos from people. So what made Laura’s photo stand out?

Vanessa remembers Laura’s first snapshot as a fuzzy photo, maybe partially hidden behind a Christmas tree. But she noticed Laura had a naturalness about her, like she wasn’t trying too hard.

Laura’s First Shots That She Sent To ModelScouts.com

When someone sends in a photo, agents don’t want to see makeup, hair extensions or anything too shiny. They look for bone structure, naturalness (they can imagine what you’re going to look like with makeup on) and the length of legs and neck, like a mathematical equation.

After looking at her photos, ModelScouts.com helped Laura set up a photo shoot to see how she would photograph professionally, then set up meetings for her with different agents in Los Angeles. Laura put her professional photos into a portfolio book, which she brought with her on all of the meetings (“go-sees”). The agents go through the book, then make their decision whether they want to sign her.

Laura was only 13 years old at this time, so a major concern was her schooling. Agents asked her if she was in school full-time and if she was really ready to go out on castings and work full time. Models have to be at castings whether they’re during school hours or not, so Laura (and her mom) had to make a huge commitment. 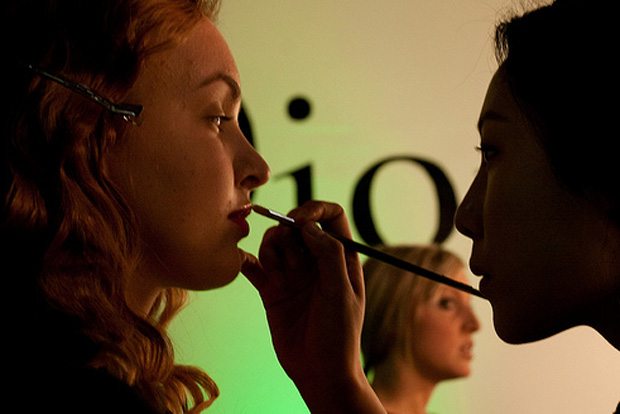 Laura Getting Ready for Dior Show

As a believer in keeping her kid in school full time, letting Laura work full time wasn’t an easy decision for Holly, even though Laura was so self-motivated to make it happen. So when Elite, one of the largest modeling agencies in the world, wanted to sign her, Holly and Laura compromised. Holly wasn’t married and had no other kids, so she was able to do all of this with her. But she did tell Laura that if her grades slipped, or if it affected her self-esteem in any way, she’d be pulled out.

It’s common for agents to find a model or actor who is phenomenal, but who has an over-controlling parent. Modeling is a partnership—you have to have a parent who’s easy to work with. “There’s a tremendous amount of competition in the industry, so if a parent becomes overly “stage mother,” the agents won’t put up with it”, said Vanessa. “Many careers have been ruined because parents got in front of the model, so to speak. Holly and Laura looked at modeling as a business and profession, not a hobby, so they were a pleasure to work with.”

Getting Signed to Modeling Agencies

Laura started working with Elite Models Los Angeles and LA Models‘ Runway Division while she was a freshman in high school. The trick in the fashion world is to start locally, go off and get a tremendous amount of training and experience, build up your portfolio, then come back. So ModelScouts.com set Laura up to work in Singapore and Osaka, Japan for two months. They made all the contacts with the Asian agencies, including sending them her photos. ModelScouts signed Laura to Diva Models, Singapore and Zem Models, Osaka.

For Laura, the Asian agents fronted the airfare and living expenses with the understanding that if she worked a lot and made enough money, she would reimburse them. (If she didn’t work, she would not have to pay them back.) The agents didn’t pay for Holly to go along, but Laura ended up making enough to come home with money, even after reimbursing the agents and paying for her mom’s flight and expenses.

In Osaka, Laura and Holly shared a 10 x 10 room in a model apartment. In Singapore, they were paired up to live in another model’s beautiful apartment, where they had their own, much bigger room. They stayed with models from Australia, Russia, Croatia, LA and New York, but it wasn’t as crazy as it’s made out to be. Laura expected some cattiness, but everyone was very nice and helpful to each other. “When you’re all from different places and in a brand-new environment, everyone becomes on big family”, said Laura.

A Typical Day in Asia

Each night, Laura received an email from the agency with the next-day schedule for all of the models. She went on about five modeling go-sees and castings per day, either to photographers’ studios or casting studios, and was especially busy during Singapore Fashion Week. 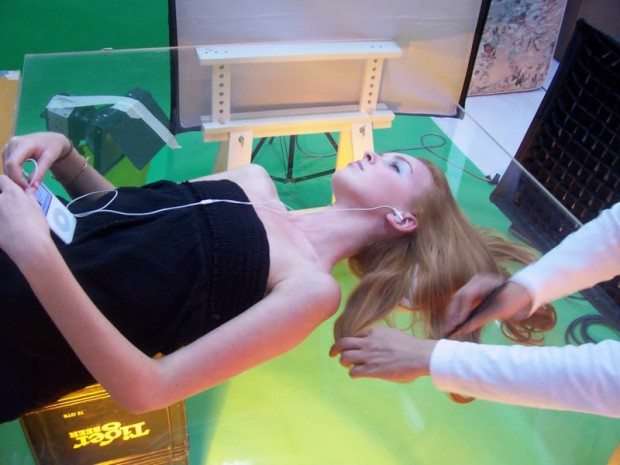 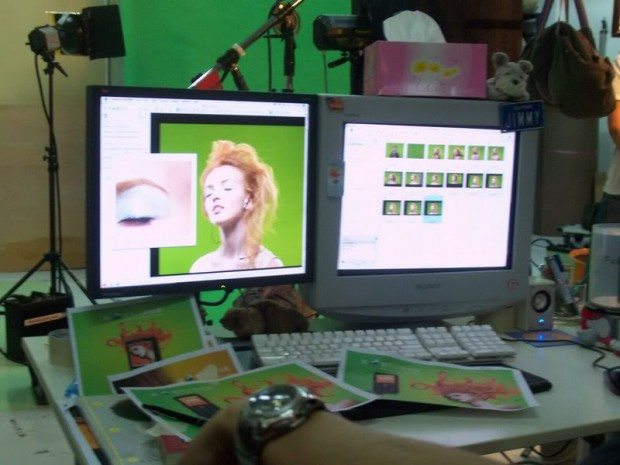 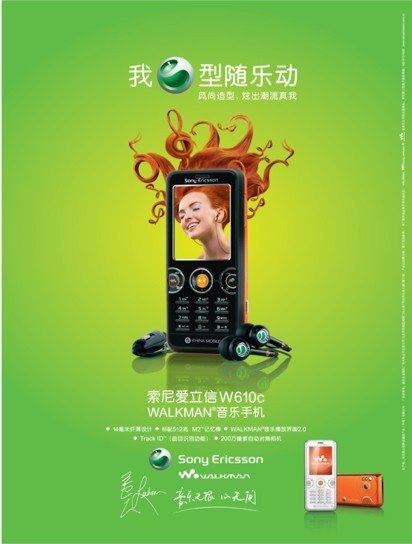 When Laura returned to the United States, she was still a high school student. With her portfolio now full of photos, she got so busy with runway and editorial work that she had to be taken out of school every day. So, she switched to independent study for a while, which meant she could take her schoolwork to jobs and only go to school once a week. Compared to the other high school girls, whose lives revolved around high school, Laura felt like she’d grown up a lot.

Laura is now an 18-year-old college student with big names under her belt: Chanel, Prada, Motorola, Jeremy Scott, David LaChapelle, Bed Head, Target, Verizon Wireless, Sony Ericsson and many more. Her major words of wisdom for aspiring models? Stay level-headed. Go into it with no expectations, learn how to deal with rejection and don’t get heartbroken over anything. But most of all, have fun!